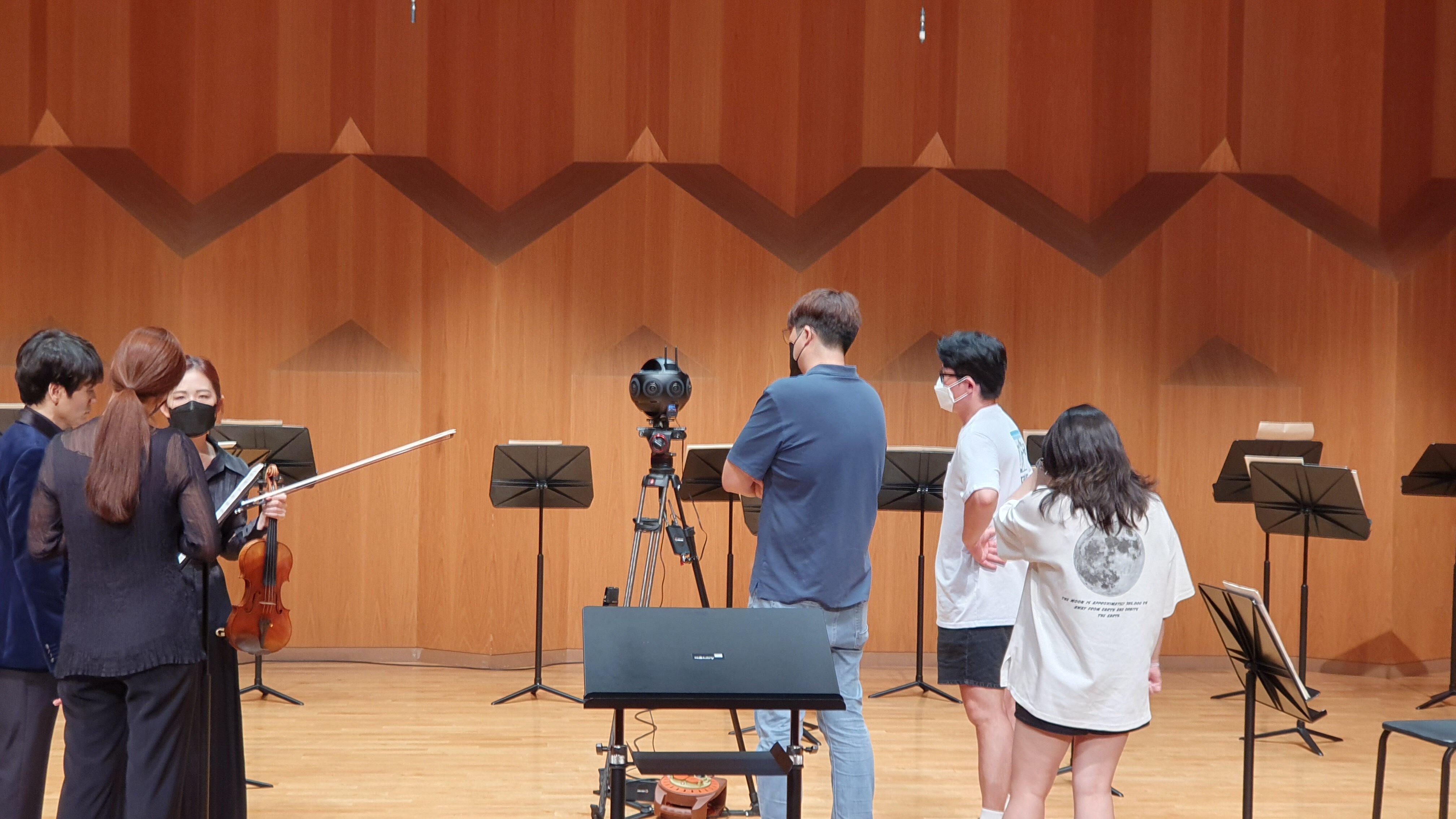 ALPHACIRCLE has recently made a consensus with the "Orchestra The Original' x Adriel Kim for producing a part of classical music performance 'Max Richter Special" in 360-degree VR at the IBK Hall of the Seoul Arts Center, Korea.

Orchestra The Original(OTO) was founded under the leadership of its Artistic Director Adriel Kim in 2021, built of extraordinary musicians who performed mainly as a member of leading overseas orchestras and outstanding instrumentalists of the young generation. It aims to embody the legitimacy of classical music as well as artistic contemporaries that actively reflect the present era, and aims for an orchestra that practices communication and sharing through social contribution activities.

OTO has premiered "Ballet - Die Braut von Korea 'Finale' for the first time in the world through the restoration of music scores and is currently focusing on discovering new repertoires such as Max Richter's "On the Nature of Daylight" in Korea. Also, hailed as "One of the distinguishing orchestras in Korea (recognized by the Korea Joongang Daily)", OTO has quickly established itself as a recognized leading orchestra in the Korean classical music scene performing at prestigious concert venues.